skip to main | skip to sidebar

CGMC Presents: Lipstick and Lyrics, BRING IT ON!

If you happen to be free on Friday November 6th, please come to the fundraiser I'm putting together. It's a drag show - but not just any drag show. It's our 6th annual Lipstick and Lyrics drag show where boys dress as girls, they sing LIVE, and show you what they are made of.

This year's show is called BRINT IT ON! 17 drag queens are going to bring down to compete for your affections. We will also be raffling off 2 roundtrip airline tickets to anywhere in the continental US from Ortibz among other fantastic prizes.

So even if you do have plans on Friday, November 6th, CANCEL THEM! And come to my show. It's going to be fantastic. Don't believe me? Watch this video:

Even after watching that video, if you still can't come, please consider donating to the chorus on behalf of Lipstick and Lyrics (aske me how). The chorus is a fantastic organization I've been a member of since 2001 and it has changed my life is so many amazing ways. Please help us out. But we'd rather see your face at the event, SO BRING IT ON!

CGMC's Lipstick and Lyrics: BRINT IT ON

Tickets are available NOW and can be purchased here.

Animal Crackers at the Goodman

This past weekend I took a performance of Goodman Theatre’s production of “Animal Crackers”. The original production of “Animal Crackers” opened at the 44th Street Theater in New York on October 23rd 1928 staring the Marx Brothers and was made into a film in the 1930’s. I have to admit; I’ve never seen the film. So I really knew not what to expect. I was pleasantly surprised.

Does the story stand up to the test of time? Well, there isn’t much to the story so I can’t say. What there is of a story exists to string together a bunch of sight gags, one-liners, and musical numbers. The show starts slow. It seems to take a while to setup the plot – but one it’s setup things start to pick up the pace. The first act was pretty high evergy and was able to hold my attention. Especially due to the performances of Mara Davi and Jessie Mueller. They were fantastic and it took forever just to realize that they were playing duel roles!

The two numbers that stood out and entertained me the most were Three Little Words and Long Island Low Down. I’m a sucker for a high energy dance number and the choreography for these two numbers was fantastic thanks to John Carrafa, choreographer.

Even though the second act was not as good as the first, I definitely recommend taking in this performance.

Ever since I moved out to Chicago and made myself a permanent resident in 2001, I’ve always been a neighborhood kind of guy. I lived in Lincoln Park, Southport Corridor, and most recently Uptown. And in that time I’ve always lived in smaller vintage buildings. I’ve visited high rises before and never really considered myself a high-rise person. A little box in the sky? For me? No. Never. 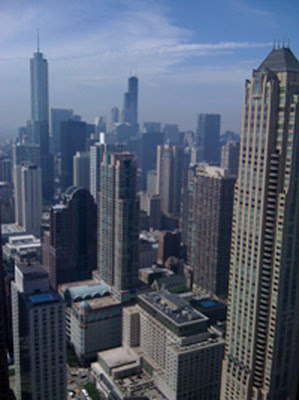 A few months ago I took a listing in a West Loop high-rise. I enjoyed showing the unit and spent a fair amount of time in the lobby of the building. Every time I arrived I was greeted by the door staff. Each one very polite and remembered who I was and asked how the showings were going. Then I watched as the residents came in and out of the building and how they enjoyed being greeted by said door people are seemed to be happy when they came home. This got me thinking; maybe it was time for a change?

At this point I had lived in my 1bed 1 bath condo in Uptown for 4 years. The commute on the CTA to my office was 45 minutes. I didn’t like the grocery store nearest me. During the winter I felt trapped in my house and it was difficult to motivate to go out of my house to do anything like exercise or grocery shop. So yes, it was time for a change.

I don’t really remember how it all happened, but somehow my attention got turned to the Hancock Building. I booked some appointments to see some available units and immediately fell in love. Everyone in the lobby had smiles on their faces. The doormen were extremely pleasant. The realtor brought me up to the 44th floor and showed me the sky lobby with it’s beautiful view of the lake and Navy Pier, the well stocked workout room, the indoor pool, but what really sold me was the grocery store. A FULL GROCERY STORE at my disposal. This spelled the end of having to trudge through the snow to get my food. I also had direct access to a deli and a Jamba Juice AND the Cheesecake Factory without ever having to go outside. My mind was made up.

I was lucky enough to find a fantastic tenant for my condo – and on June 18th I started my downtown high-rise adventure and I haven’t looked back. My commute to work is now 15 minutes and I spend my evenings looking out my window as the lights of the beautiful city. If you have ever considered making the change – contact me. I can help you!

For Email Marketing you can trust

Search thousands of listings for free by clicking here.

Click here to see some of my investment and commercial listings. 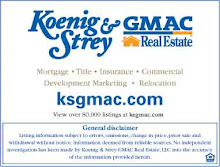